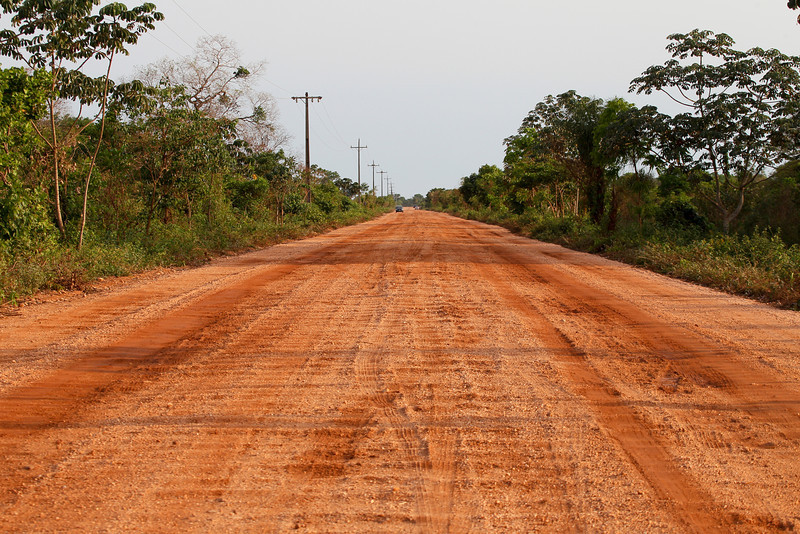 A typical view of the Transpantaneira, also known as MT-060, a road that crosses the pantanal, in the state of Mato Grosso in Brazil. The road is a link between the city of Poconé and the place of Porto Jofre. It is 147 km long and crosses no less than 122 wooden bridges, several of which were impassable so we had to go around them. Not such a probem in the dry months, but impossible during rain season. It is horribly washboarded and dusty in the dry season, and pretty much straight for the entire length of the road.